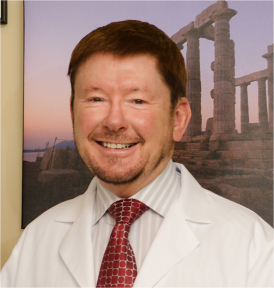 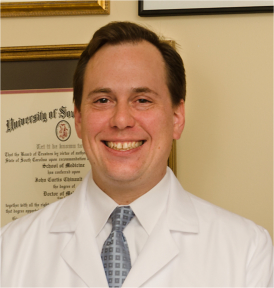 Dr. Mark Macedon grew up in the Chicago area where he attended the prestigious Illinois Mathematics and Science Academy before completing his undergraduate education at Northwestern University. He graduated from the University of Minnesota Medical School in 2003. After completing his internship at the Marshfield Clinic in Marshfield, WI, he then completed his residency at New York Methodist Hospital in Brooklyn, NY. During his residency, he also received training at Memorial Sloan Kettering Cancer Center in New York, NY; at Brigham & Women’s Hospital (part of Harvard University) in Boston, MA and at the University of Texas Southwestern Medical Center in Dallas, TX. Prior to joining Mary Washington Hospital and Stafford Hospital in 2011, he served as Assistant Professor of Radiation Oncology at the Medical College of Wisconsin in Milwaukee, WI.

His practice interests include general radiation oncology, head and neck cancer, breast cancer, and stereotactic body radiosurgery. He is a member of ASTRO(American Society for Radiation Oncology), ASCO(American Society for Clinical Oncology) , and the American Brachytherapy Society. He lives with his wife and daughter in Stafford, VA. His interests include classical music, travel, and outdoor recreation.

Jeniffer L. Huhn, DO graduated from Kirksville College of Osteopathic Medicine – A.T. Still University in 1996 and had been in practice in the Lexington, KY area for 15 years before moving to Fredericksburg, VA in 2016. She previously practiced at Lexington Clinic in Richmond and Corbin KY. Prior to that, she was on faculty at the the University of Kentucky Medical Center.